From Greek to Icelandic Skyr, yogurt is everywhere. Choose the right kind, one packed with probiotics and protein, and yogurt can help you trim your waistline while supporting overall health at the same time.

In this article, I’m covering:
• How gut bacteria influence your weight and health
• Probiotic-rich foods for health & healthy weight

There is an entire community of over one trillion microbes (bacteria) taking up valuable real estate in your gut. Some are good, some are bad and the rest are neutral. The good guys are key players for digestive and immune functioning (remember about 70% of your immune system is located in your gut). They have many other functions as well: 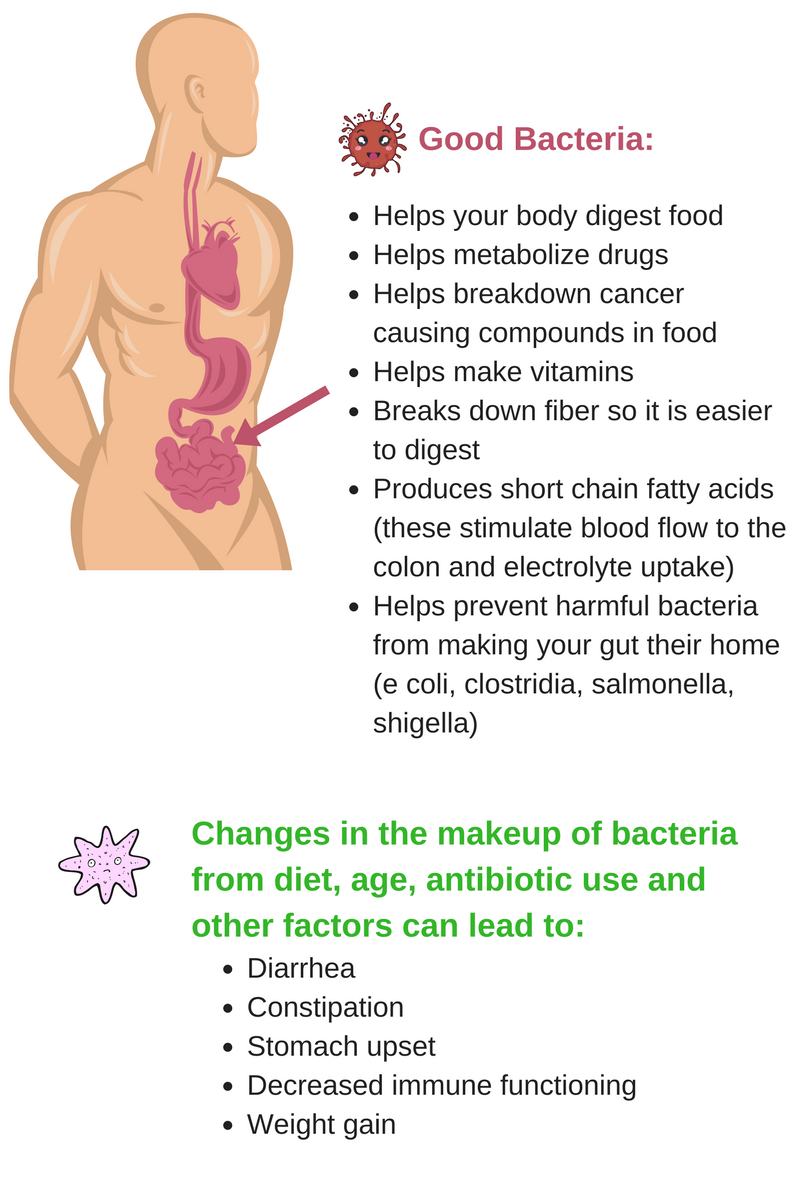 If an obese person loses weight their overall makeup of bacteria more closely resemble’s a lean person’s gut. Greater weight loss = even greater the changes in gut bacteria. Also, changing bacteria seems to influence weight, though scientists know less about the influence of altering gut bacteria and changing body weight. Lean mice transplanted with bacteria from obese mice experienced a 60% increase in body fat without changing their food intake (calories in) or physical activity (calories out). The authors of this study believe the change in gut bacteria resulted in an increased absorption of some carbohydrates, increase in the production of fat and increase in fat storage. Authors from another study, this one examining human twins, also found a connection between types of bacteria in the gut and body weight, particularly visceral fat – deep layers of fat that coat the organs and are tied to higher risk of certain chronic diseases such as heart disease. The authors of this study believe, like the study in mice, obese individuals may be absorbing more calories from the food they eat.

How did they swap out bacteria in studies? Poop transplants. This isn’t exactly something you should try at home. But there’s another, easier way to keep your gut healthy. Get cultured by picking up foods that contain healthy bacteria including yogurt (with live and active cultures), kefir (drinkable yogurt, it’s so good!), miso soup, homemade sauerkraut, and tempeh (made from soy, this has a nutty taste). There might be something special about yogurt – a meta-analysis (a study that combined the results of other studies) looked at dairy intake and weight changes over time. They found greater yogurt intake was associated with lower body weight. Plus the protein in Greek yogurt seems to help people feel full so they eat less at their next meal. Also, feed the bacteria by eating plenty of fruits, vegetables and whole grains, particularly onions, greens, beans, legumes, berries and bananas, to get enough prebiotics (food) to support their growth.

Ramakrishna B. The normal bacterial flora of the human intestine and its regulation. J Clin Gastroenterology 2007;41:S2-S6.

An Introduction to Probiotics. National Center for Complementary and Alternative Medicine. National Institutes of Health. http://nccam.nih.gov/health/probiotics/

Hempel S et al. Probiotics for the Prevention and Treatment of Antibiotic-Associated Diarrhea
A Systematic Review and Meta-analysis. JAMA 2012;307;1959-1969.