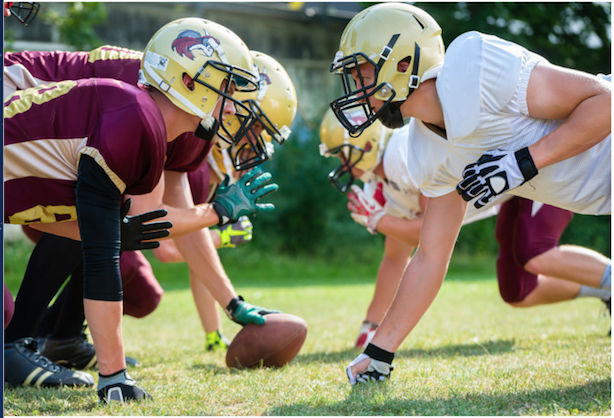 I sat on the floor hunched over and crying. My elbows were raised – close to my eyes as my arms hugged my head, hands clenched at the base of my neck. My brain felt like a percussion instrument shaking inside my skull. As the pounding grew more intense the pain became unbearable. I had a concussion, my second in two years, which earned me a night in the ER.

Concussions are common in sports and recreation. Though considered a mild type of traumatic brain injury because they are usually not life-threatening, all concussions should be taken seriously. A single blow to the head can result in short-term loss of brain functioning or long-term changes in thinking, language, emotions and sensations including taste, touch and smell (1). Repeated concussions can be very dangerous and may lead to permanent changes in brain functioning or in extreme cases, death (2). Though widely recognized in football players, concussions happen in all sports – even in everyday activities – and they are occurring at younger ages. Athletes who have had one concussion have a greater risk (2 – 5.8 times higher) of experiencing another concussion (3). Multiple blows to the head could lead to chronic traumatic encephalopathy (CTE), a progressive neurodegenerative disease associated with poor memory, changes in personality, behavior, speech and gait (4). Posthumous examination of some former NFL players in addition to a few college football players who committed suicide revealed CTE. In March 2016, the NFL acknowledged the link between traumatic brain injury and CTE. The movie ‘Concussion,’ set for release in late December, 2015 highlights concussions in former NFL players though the league has gone to great lengths to make today’s game safer.

Decreasing the Damaging Effects from Concussions

Anyone who experiences a blow to their head or body (a forceful blow to the body can cause the brain to shake inside the skull) should be immediately examined by a physician with experience in the evaluation and management of concussions. Though the person may say they feel fine and can continue with regular activities, symptoms of concussion do not always appear immediately and may instead be delayed for several hours. Continuing to play or perform mental tasks like studying can increase severity or symptoms and cause complications including the possibility of developing permanent brain damage.

Symptoms of Concussion may include:

In addition to the symptoms that occur soon after a concussion, some people experience Post-Concussion Syndrome (PCS) days or weeks later. PCS can cause many of the same symptoms experienced after a concussion as well as trouble concentrating, apathy, depression and anxiety. Symptoms may last a few weeks. If you suspect PCS, have the patient evaluated by a psychiatrist (5).

In addition to rest, following a graduated return-to-play and school protocol, and other steps you should take to treat concussions, emerging research suggests nutrition may play an important role. Certain nutrients seem to help reduce some of the damaging effects from concussions:

Protein: 1 – 1.5 grams of protein per kg body weight per day is recommended along with sufficient calories to reduce the inflammatory response (6).

EPA and DHA Omega-3 Fatty Acids: EPA and DHA, omega-3 fatty acids found in fish and algae, increase fluidity of cell membranes, reduce inflammation and enhance cerebral blood flow (which is reduced for up to a month or longer in athletes that recover slowly) (7). Cell membranes are like gateways allowing substances to enter cells or blocking their entry. When cell membranes are more fluid (and therefore less rigid), they perform better, opening the gate for nutrients to come in. DHA, in particular, makes up 97% of the omega-3 fatty acids in the brain and is essential for normal brain functioning (8). Several animal studies show EPA and DHA supplementation before or after a traumatic brain injury helps limit structural damage and decline in brain functioning (9, 10, 11, 12, 13, 14, 15).

Research has yet to identify exactly how much EPA + DHA may be helpful after a concussion. However, according to the Food & Drug Administration (FDA), doses of EPA + DHA up to 3 grams per day are considered safe.

Other potential approaches to addressing concussions through nutrition include ketogenic diets which are very high-fat, minimal-carbohydrate diets that are effectively used to decrease both the incidence and severity of seizures in children with epilepsy. Ketogenic diets provide an alternate energy source for brain functioning – ketones derived from the breakdown of fat. This may be important since available glucose, the primary energy source for brain functioning, may be decreased after a concussion.

Current research supports the integration of a dietitian into the team of health professionals treating concussions. Though nutrition interventions are considered preliminary at this time, consideration should be given to nutrition strategies that may reduce long-term effects while causing no further harm.

Disclosure: I am a GOED/Omega-3 Science Advisory Council Member supporting the research behind omega-3 EPA and DHA for a healthy brain, heart and eyes.

4 thoughts on “Tackling Concussions Head-On: How Nutrition Can Improve Outcomes”